About the Wyoming
Seat Belt Coalition

Buckle Up for Life, Wyoming 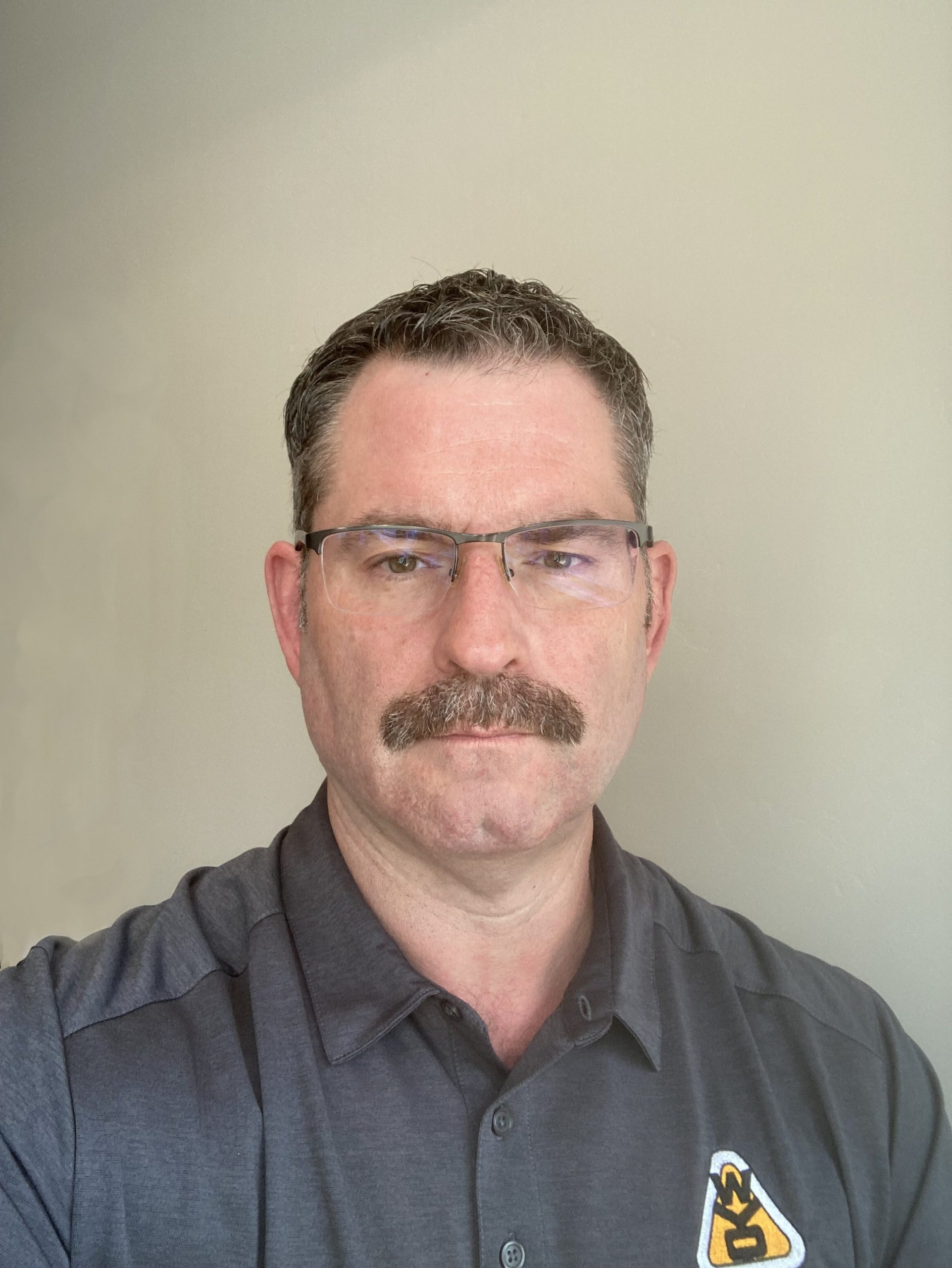 Pete Abrams was a certified peace officer for 33 years and began his career at the Natrona County Sheriff’s Office. He later joined the Casper Police Department and retired in 2014 as the supervisor of the Traffic Enforcement and Special Events Unit.

Pete has been a Law Enforcement Liaison for the Wyoming Department of Transportation, Highway Safety Office since 2014, helping to create the state’s first-ever LEL program. Pete is a member of the DuPont™ Kevlar® Survivors’ Club®. 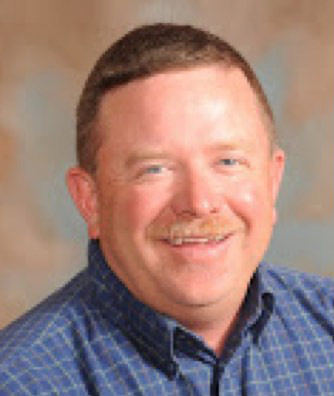 Cody Beers, of Riverton, is currently in his 12th year as a member of the Wyoming Seat Belt Coalition, and he is in his 8th year, by appointment of Gov. Matt Mead, on the Governor’s Council on Impaired Driving.

The Wyoming native is a 1983 Cody High School graduate, a 1985 graduate of Eastern Wyoming College, and a 1988 graduate of the University of Wyoming, with a bachelor’s degree in journalism.

Beers joined the Wyoming Department of Transportation as a public relations specialist in 2004. He has coordinated public relations efforts on a number of high-profile construction projects for WYDOT, including the $140-plus million Togwotee Trail to Yellowstone Project. For his efforts on the Togwotee project, The Wyoming Office of Tourism presented Beers with the 2013 “Reach” Award for being state tourism’s “Industry Partner of the Year.” 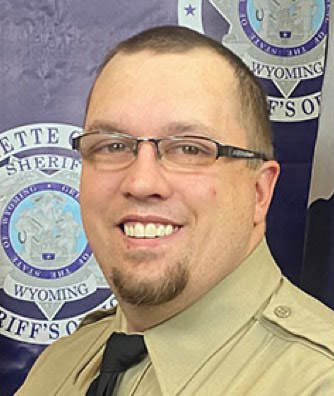 A lifelong resident of Sublette County, Administrative Sergeant Travis Bingham is a graduate of Pinedale High School and a 14-year veteran of the Sublette County Sheriff’s Office.

Sergeant Bingham was promoted to the rank of Corporal in 2009, Sergeant in 2010, Detention Center Administrative Sergeant in 2012 and in 2015, Sergeant Bingham started his service as the Sheriff’s Office Public Information Officer. He continues to be responsible for numerous administrative tasks within the Sheriff’s Office, while supervising the Sublette County Warrant Team and serving as a Reserve Communications Officer.

Sergeant Bingham and his wife, Amanda, have been married 12 years and have two sons. In his spare time, Sergeant Bingham volunteers in the community as a youth sports coach and at the Pinedale Aquatic Center. 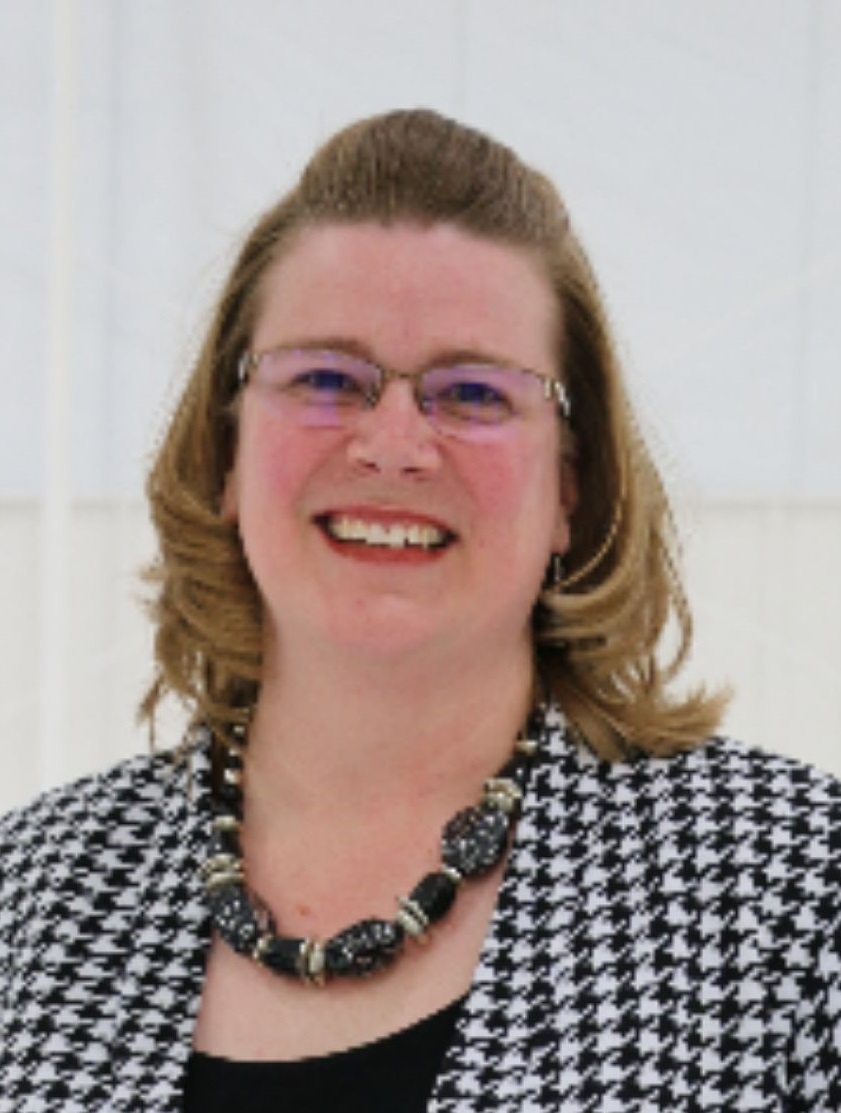 Fueled by her passion for education and serving students, Carole joined the Laramie County Community College family in 2020 as the new Pathway Coordinator for Business and Accounting. With over 20 years of experience in higher education as well as professional experience in business, training, grant writing, and economic development, she was eager to work with students on their individual paths to success as well as teach Strategies for Success, Business Communications, and Internship courses. Her previous experience serving business and industry in both education and non-profit spaces included creating safety programs, writing safety policies, planning safety conferences, securing grant funding for safety training facilities, and advocating for legislation on seatbelt and industry safety.

As a first-generation college student with a learning disability, Carole understands the importance of education and both the challenges and rewards that come with completing a degree. She earned her Master of Public Administration from the University of Wyoming with Honors and a Bachelor of Arts in Communication and Legal Studies from the University of Northern Colorado in Greeley, Colorado.

Helping students reach both their education goals as well as assisting students in building life-long leadership and service skills drives Carole to Coordinate the LCCC Service-Learning Grant, advise the LCCC Rotaract Club, and serve as the faculty support member for LCCC Student Government and the Student Fee Allocation Process. She also serves the community as the President of P.E.O. Chapter AQ, Wyoming Seatbelt Coalition, and the Secretary/Treasurer of the LCCC Golden Eagles Club. 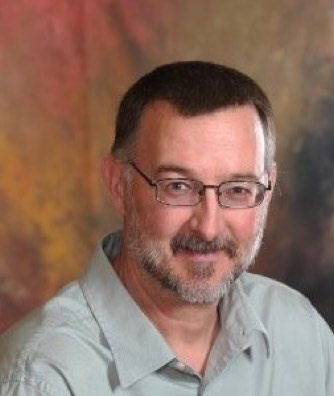 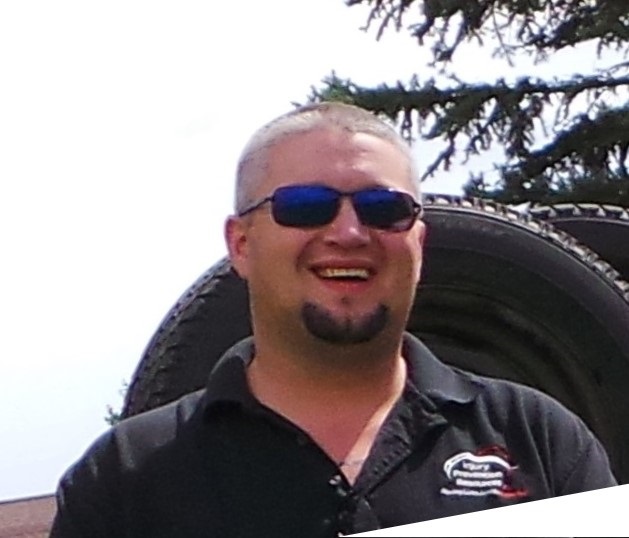 Since 2011, Noel Cooper has served as the Executive Director for Injury Prevention Resources (IPR), a not-for-profit agency dedicated to saving lives on Wyoming roads. He is a National Certified Child Passenger Safety Instructor and holds numerous certifications from the Traffic Safety Institute, including Impaired Driving Program Management and Occupant Protection Program Management.

Noel was raised in Fremont County and attended Montana State University. When he recalls various ventures in the private sector, he remembers that the work never felt worthwhile; however, offering desperately needed services through IPR, continues to be a fulfilling journey, both personally and professionally. 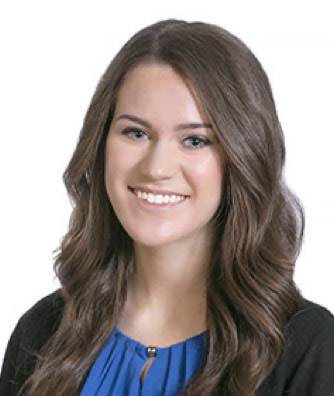 Alexandra Farkas is the Public Information Officer for the Cheyenne Police Department. She is responsible for developing, coordinating, and implementing communication strategies between residents, businesses, the media, and the Police Department regarding a variety of projects and initiatives which align with the department’s strategic priorities.

Prior to the Cheyenne Police Department, Farkas served as the Director of Marketing and Communication for the Greater Cheyenne Chamber of Commerce and currently serves on the Cheyenne Regional Medical Center Foundation’s Board of Directors. Farkas earned her Bachelor of Science degree in Business Marketing with Minors in Entrepreneurship and Management from the University of Wyoming. 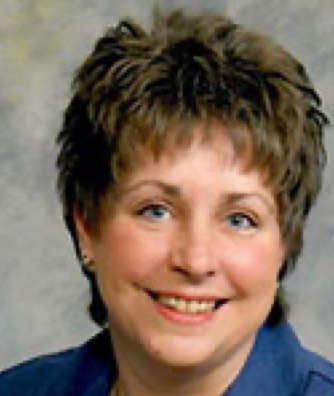 Sheila D. Foertsch has been with the Wyoming Trucking Association, Inc. for 46 years, serving as their Managing Director and lobbyist for the past 29 years.  The Wyoming Trucking Association, Inc. represents 300 members, including all types of motor carrier operations from the owner operator to international carriers, as well as allied members who serve the trucking industry.

She is a current member and past President of the Wyoming Society of Association Executives and Wyoming Capitol Club.  She has served on several gubernatorial appointed committees and task forces, and facilitates the Governor’s Wyoming Transportation Safety Coalition.  She serves on the Board of Wyoming Excels and is WTA’s representative to the Wyoming Business Alliance, the Western States Transportation Alliance and Women in Trucking.  She has been in active in various WYDOT and WHP working groups and served on the I-80 Corridor Study Steering Committee. 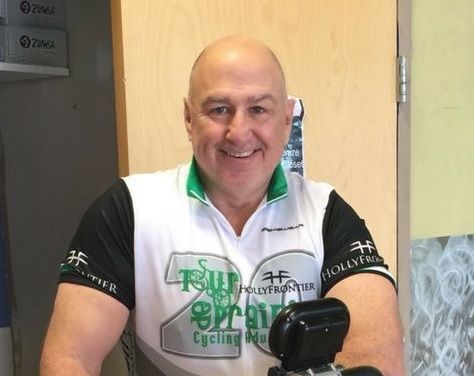 Jeff Grant is the Unintentional Injury Prevention Coordinator for the Wyoming Department of Health, based in Cheyenne. Jeff is responsible for implementing several new evidence-based programs within the Department, in addition to a new program called “Think First.” Focused on prevention of brain, spinal cord and other traumatic injuries through education, research and advocacy, Jeff’s expertise in Exercise Science will allow him to work effectively with schools around the state to help reduce crashes and injuries among first-year teen drivers.

A native of Nebraska, Jeff likes to hunt and watch Huskers football, when he’s not creating Christmas yard art. 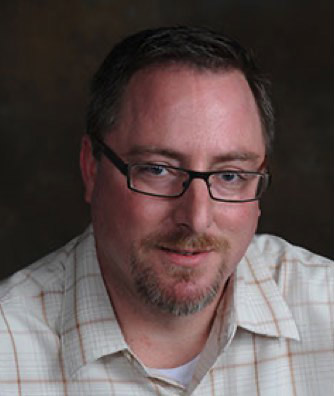 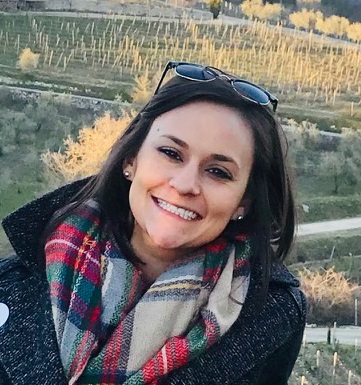 Cathy Hoover is the Injury and Violence Prevention Program Manager at the Wyoming Department of Health. After completing her master’s degree in Public Health, she has been passionate about applying her knowledge and experience to prevent negative health outcomes in communities across the state. 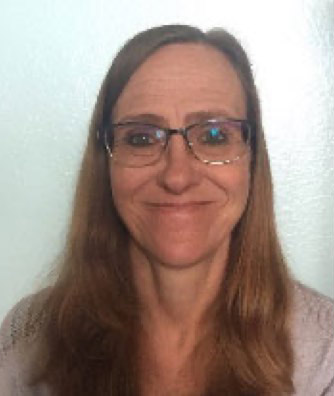 Victoria Ingerle serves as the Laramie County Safe Kids Coordinator under the direction of the Cheyenne Regional Medical Center in Cheyenne, Wyoming. She has been in her role for the past 8 years. Victoria actively works to provide car seat education to Cheyenne by providing education at a weekly car seat inspection station. Victoria coordinates several community educational events each year that utilize certified car seat technicians and local partners to ensure car seat safety in Laramie County. She also works with local partners to implement a low-cost car seat distribution program for families that qualify for low income assistance programs. Victoria implements all the programs of the Injury Prevention Program at Cheyenne Regional Medical Center. She is extremely passionate in what she does to save lives. 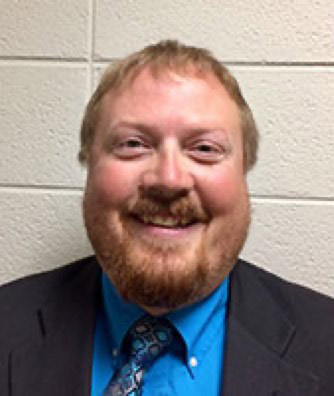 Karson James is the Manager of the Highway Safety Behavioral Grants Program at the Wyoming Department of Transportation. The Program’s goal is to reduce traffic crashes, deaths, injuries and the associated economic losses in Wyoming through the coordinated efforts of state, local agencies and other safety partners. The Highway Safety Program provides project funding to help achieve stated program goals and objectives which address identified highway safety problems. Priorities of safety effort and location are based on projects with the greatest likelihood to impact crash and injury reduction. 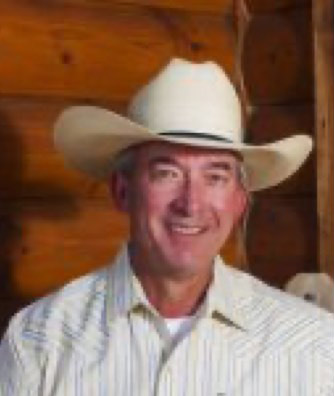 Byron Oedekoven is the Executive Director of the Wyoming Association of Sheriffs and Chiefs of Police (WASCOP). He previously served as Campbell County Sheriff from 1987 to 2004. 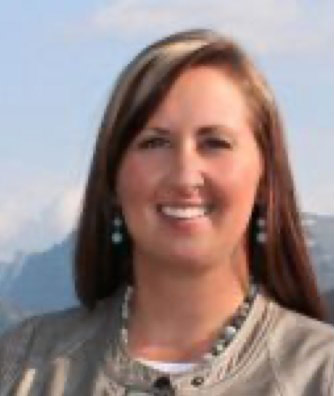 Kendall currently serves as the Southeastern Youth Board Member to the Wyoming Board of Agriculture, Research Assistant to the University of Wyoming, and the President of the Young Producers Assembly with Wyoming Stock Growers Association. She serves as the Wyoming Seat Belt Coalition Chair and grassroots representative to encourage seat belt safety and save lives in traffic crashes, statewide.

Kendall lives in Cheyenne, with husband James, and her family. For over 100 years, Kendall and her family have owned and operated the historic King Ranch Company in Cheyenne where they produce beef cattle and hay.